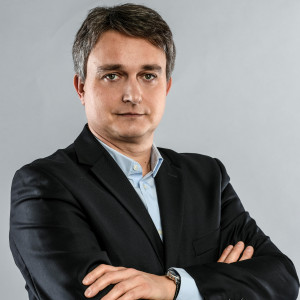 A graduate of the Faculty of Law and Administration of Warsaw University and joint Warsaw School of Economics’ and the Paris SciencesPo Programme of European Studies. Holds MBA diploma from WSE and University of Quebec at Montreal. Between 2000 and 2004 Mr. Lewenstein worked in the Polish public affairs sector, the Canadian Embassy in Warsaw and the Secretariat General of the European Commission. In 2004 he began his work for Polskie Górnictwo Naftowe i Gazownictwo S.A. in the field of European integration and the energy sector regulatory framework. In 2006 and early 2007 Mr. Lewenstein worked in the European Commission, in DG Information Society and Media. After returning to Poland, he became Head of Office of the Polish Electricity Association. In 2008 he rejoined PGNiG S.A., where he was responsible for planning of Group’s strategy, business expansion and development of the company’s power generation projects as the Director of Strategy Department. Since January 2016 he works for InnoEnergy as Innovation Officer and Thematic Field Leader for “Energy for Circular Economy” thematic field.