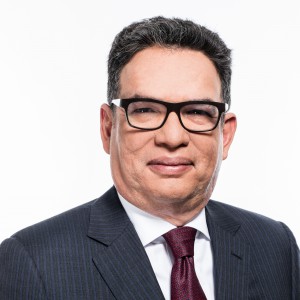 Position: Country Manager for Poland and the Baltic States

Prior to this, he was the Country Manager for Croatia and Slovenia. Before taking his Country Manager position in Croatia in 2014, Mr. Piñerúa was the Bank’s Country Coordinator for Private and Financial Sector Development Issues in Indonesia, overseeing the Bank’s largest advisory services team in this area. He held the same position in Turkey for four years, where he coordinated Bank efforts to improve financial flows to exporters and SMEs and raise the country’s international competitiveness.

Mr. Piñerúa joined the World Bank in 2008. Prior to this, Mr. Piñerúa worked at the International Monetary Fund for over fifteen years, where he was Mission Chief and Advisor, coordinating technical assistance services to nearly 30 countries in the Middle East and Central Asia Department.

Mr. Piñerúa is a macroeconomist by training, with professional expertise in banking and financial sector issues and competiveness. As part of his professional experience, he counts being a key member of the IMF team that assisted the Turkish authorities in overhauling their financial system and managing the impact of two major financial crises in the early 2000s. Moreover, as the IMF Lead Economist for Iraq, he helped design a macroeconomic program for emergency assistance and debt relief.

Mr. Piñerúa has years of managerial experience and vast country experience that includes Central and South America, Central Asia, the Middle East, and East Asia. He has also been a guest expert speaker on issues of financial sector restructuring in many academic and professional fora.

Mr. Piñerúa received his B.A. and his M.A. in Economics from the Florida International University and is a candidate Ph.D. in Economics at Indiana University, where he was a Fulbright scholar.